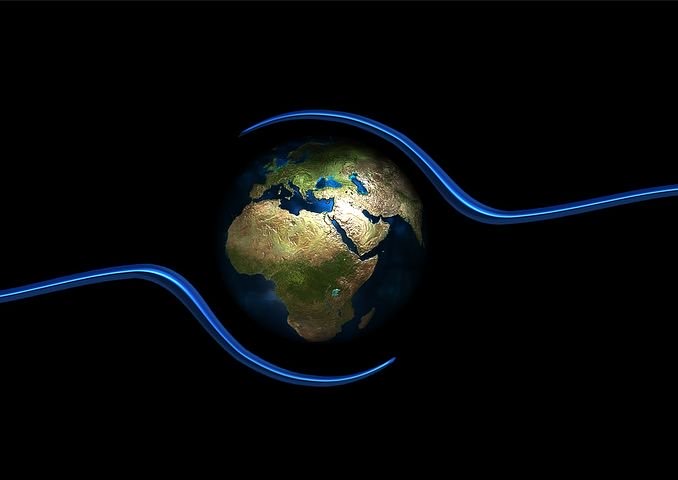 Montreal, Kyoto and Paris – an overview of international climate accords

The Montreal Protocol termed the “Montreal Protocol on Substances that Depleted the Ozone,” is an international agreement that focuses on limiting and banning chemicals that deplete the Earth’s vital ozone layer. The Montreal Protocol is the only treaty to have ever been ratified by all members of the United Nations, 197 at the time of ratification. Parties signed the agreement in 1987 hoping for its enforcement the following year. All parties to the agreement have a responsibility to regulate ozone-depleting substances (ODS), especially chlorofluorocarbons (CFSs). Since implementation, parties to the agreement have continued to meet annually to ensure the Protocol’s success and to make amendments where necessary, as the ozone-harming substances continue to be discovered.

The most recent amendment—The Kigali Amendment of 2016—was adopted in Rwanda where more than 150 countries signed the amendment. The Kigali Amendment focuses on phasing-down hydrofluorocarbons (HCFs), replacing the rapid growth of HCFs with alternative chemicals that use less energy and do not produce as much pollution. HCFs are hydrogen and fluorine-containing molecules that are industrially used as refrigerants, foam fillers, aerosols, and fire-fighting solvents. While they do not affect the ozone layer, HCFs act as a potent greenhouse gas that contributes to global warming. HCFs have a complicated environmental policy history, as they were first used as a replacement for chlorofluorocarbon (CFSs), which were banned in the original agreement.

The Montreal Protocol has been hailed as one of the most successful international agreements, in part due to its narrow and specific focus. Also, because parties meet often to offer improvements to the treaty, it keeps up with new scientific developments. As a result of its enactment, the ozone layer has largely been repaired.

The Kyoto Protocol is arguably the most grueling ratification of the three major accords, having taken over eight years from inception in 1997 to ratification in 2005. More than 150 nations attended the convention in 1997 to adopt the first international treaty to control and reduce greenhouse gases (GHG). 192 countries (excluding the United States who dropped out in 2001) ratified the protocol. The key challenge for the Kyoto Protocol was how to limit GHG emissions, without compromising the ability of underdeveloped nations to progress and raise their standards of living.

The countries that signed to the Protocol committed to curtailing industrial greenhouse gas (GHG) emissions in varying amounts.  The protocol dictated that 37 industrialized nations cut their greenhouse gas emissions, and sought to encourage more sustainable development in poorer nations.  The most effective approach to setting the reduction targets was to take into consideration a country’s Human Development Index (HDI). The more developed the country, the heftier (and more complex) the restrictions. This divvying of responsibilities, referred to as annexing, i.e. “Annex B,” targeted 36 industrially developed nations in the EU.

The Protocol developed three cost-conscious “market-based mechanisms”: International Emissions Trading, Clean Development Mechanism, and Joint Implementation (see link below for more information). The “cap and trade”, known as Emission Trading Scheme (ETS) was central to helping meet the Kyoto targets. These cost-effective mechanisms focused on developing nations that would not be as economically impacted by developing, implementing, and revising policies that mitigate or prevent excess GHGs in key industrial sectors. Under cap and trade, industries were given allowances of emissions, and if they produced less, the could sell their allowance in a marketplace to companies that were exceeding their target goals. Placing reductions requirements on an underdeveloped nation could hamper the country’s ability to join the developed world and thus risk noncompliance. The Clean Development Mechanism was a way to reward developing nations of creating low emissions projects.  Projects with a “certified emission reduction” could sell credits for the emissions that they did not produce, providing financial incentives.

The United States’ and China’s refusal to sign the treaty made it more difficult to reach the goals of the Kyoto Protocol. According to the International Energy Agency, in 2017 China and the United States emitted the most carbon dioxide, 9.3GT, and 4.8GT, respectively (“Each Country’s Share of CO2 Emissions,” 2020). Despite those difficulties, the treaty was passed in 2005 and many countries have participated, helping to control some GHG emissions for nearly 15 years. Precise and mandatory records are reported through a chain of regulating entities to keep track of each country’s success. Amendments are common in protocols, the most recent being the Doha Amendment, which was in effect from 2013 to 2020. This was the second amendment to the Kyoto Protocol, which added nitrogen trifluoride (NF3) to the covered greenhouse gases, and made stronger individual commitments easier (Erback, 2015).

The most recent accord—the Paris Agreement—was passed on November 4, 2016, was adopted by 195 nations. It was entered into force and brought nations together under a ‘common effort’, rather than using an annex approach. This agreement aims to provide assistance to nations intending to decrease emissions, making it a more accommodating and approachable climate effort, thus increasing the likelihood of participation. All major countries committed to cut their climate-altering pollution and to continue strengthening them over time (Denchak, 2020). The Paris Agreement gives each country leeway in setting their own emission reduction goals and strategies. The agreement unified many nations’ goals to combat climate change, as no single country can put an end to this issue alone (“Paris Climate Agreement,” 2020).

The Paris Agreement’s goal is to strengthen mitigation efforts that focus on keeping the global mean temperature below or by 2°C—pre-industrial levels—as well as preventing the catastrophic increase to 1.5°C (“The Paris Agreement”). Economist William Nordhaus reasoned that the global temperature should be kept under 2°C in his article “Can We Control Carbon Dioxide?” Nordhaus took into account not only science but societal values and technology (Titley, 2020). Along with the efforts to be made with this agreement, there are frameworks in place to assist countries that face the negative impacts of climate change, providing them financial aid for new technology. Essentially, developing countries need help getting “ahead of the game” so they can join the fight against climate change. The Paris Agreement encourages transparency from all the participants so remediation can be accurately measured, especially with the oversights from the previous agreements. All participants are contracted to “nationally determined contributions” (NDC), requiring them to provide regular emission reports regarding the efforts being made. Every five years, an audit/review of NDCs are conducted so the adjustments can be made.

Denchak, M. (2020, April 29). Paris Climate Agreement: Everything You Need to Know. Retrieved May 17, 2020, from https://www.nrdc.org/stories/paris-climate-agreement-everything-you-need-know

Erbach, G. (2015, April). Doha Amendment to the Kyoto Protocol. Retrieved May 17, 2020, from https://www.europarl.europa.eu/thinktank/en/search.html?word=Doha+Amendment+to+the+Kyoto+Protocol

Failures of Kyoto will Repeat with the Paris Climate Agreement. (2016, April 21). Retrieved from https://www.epw.senate.gov/public/index.cfm/2016/4/failures-of-kyoto-will-repeat-with-the-paris-climate-agreement

“The Montreal Protocol on Substances That Deplete the Ozone Layer.” Ozone Secretariat, https://ozone.unep.org/treaties/montreal-protocol