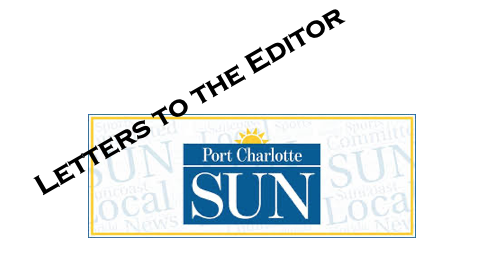 On December 21, 2020, you published an opinion piece from Dr. John Doner entitled “Let’s Call the Climate Change Bluff”.   As a Southwest Florida resident and business owner who is actively engaged in climate issues, I want to point out that he made some gross generalizations and claims that are simply untrue: he stated that climate scientists want to do away with corporate personhood, end all fossil fuel use, end all air travel and overhaul all the buildings in the U.S.  While some climate advocates advance these goals, most climate scientists acknowledge that the transition will be gradual and driven by making sustainable solutions market competitive. Dr. Doner, a mathematician, also distorted the numbers he quoted. For example, regarding sea level rise, he stated that “NASA’s average Sea Level Rise has been 0.96 feet” over the past century. So why worry, he implies?  The reality is that 9 of those 12 inches of sea-level rise has occurred in the second half of the 20th century, and the rate of sea-level rise is accelerating. The rate of sea-level rise is not linear, but rather an exponential curve. According to NOAA, the National Oceanic Atmospheric Agency, sea level will rise another 9-12 inches in the next 10 years, and perhaps closer to 2 feet by 2050, impacting billions of dollars of property value.  By clicking here, you can see 2019 projections by Florida climate scientists that contradict Dr. Doner’s claims.

More importantly, I would like to point out a few highly respected sources who think quite differently and refute Dr. Doner’s position that climate is not a threat.  The Federal Reserve, which we know is responsible for making sure that our economy, our monetary system, and our investments are stable, recently released a report listing climate change as a significant risk to our financial system. In the Financial Times, which is widely used by money managers worldwide, an article quotes several insurance and risk management companies — like RMS, Aon and McKinsey -who are concerned about the increasing frequency of disasters like floods and wildfires – and attributes the increase to the changing climate. “Rising premiums reflect a world where climate change is not a future contingency but a current fact.” You can read about the coming losses to Florida real estate in that article too. And it is a fact that the number of billion-dollar natural disasters have been increasing in the US over the last 30 years as the warming of ocean waters and temperatures has been well documented. This NOAA chart provides the data showing these trends.

I sincerely doubt that these respected financial institutions’ scientists have been bluffing us.  Should an investor who wants their investments to do well over the next 10 years invest in fossil fuels? If you want a decent return, then believe analyses from sources like Bloomberg.  (Exxon Mobil recently was removed from the Dow Industrial Average because, as Barron’s states, “energy is becoming a declining portion of the stock market.) It is a fact that NextEra, a national, Florida-based energy company stated in a 2019 and 2020 industry forum that solar plus battery is more effective than gas peakers plants for the utilities because it lowers costs for consumers, makes the air cleaner.  These are the trends that we see continuing.  NextEra and its affiliates are quickly buying and building solar fields and battery storage. Automobile manufacturers are also moving away from gasoline-powered engines to battery-powered.  Toyota, Volkswagen are all increasing electric models and Ford unveiled the Mustang Mach-E las year. They know the future.  These are not bluffs from tree huggers.

So, how about our health?  A recent article in Science Direct shows the correlation between extreme heat waves and high levels of air pollution. We know that emergency room visits spike when there is poor air quality, and during extreme heat events. Outdoor workers – like farmers, landscapers, and construction workers, athletes, like high school football players – are vulnerable, as are children and elderly people. As stated in an article in Nursing Economics, “Extreme heat events are a growing and pressing public health issue with important economic and public health resource implications.”  So, all of us, and especially anyone with a heart or respiratory condition, should definitely support a transition to cleaner energy which provides healthier air. Dr. Doner suggests that climate solutions would mean paying higher taxes, but we are essentially already paying these taxes are in the form of increased medical costs due to an environment that destroys our health.  The Rand Corporation recently published a very enlightening report on the relationship of air pollution in increased health costs and deaths.  We are paying for climate change.  Just not by direct taxation.  Why not support the emerging electric vehicles market based on new technological innovations and share in some of those Tesla profits? We can also support active transportation, because we know that biking and walking are not only better for air quality, they bring health benefits to all of us.

Finally, let’s look at how the US Department of Defense’s best analytic minds interpreted the climate data. The Defense Department published a report in 2018 and delivered it to Congress in 2019 that calls climate change a significant threat and concludes that more than 2/3 of military bases are threatened by climate change. Climate change is a risk multiplier and is a national security concern.

In the end, it is understandable that the oil and gas industry would fund people to write about climate change as a hoax and try to delay the inevitable as long as possible. They are protecting their own interests and just trying to make a living like everyone else.  But their lack of foresight may leave them behind on opportunities to benefit from the profits of innovative clean energy solutions, where China is already making great strides. Thomas Friedman, who is an admitted free-market supporter, has said in an Op-Ed in the New York Times entitled “The Power of Green”, that the last thing America should be doing is to go from being oil-dependent on Saudi Arabia to being dependent on Chinese clean energy innovation.  We need to be the leaders on clean energy innovation, not China.  Folks like to disagree about the causes of the changing climate, but no one should argue with the economics and benefits of transitioning to clean energy and clean vehicles, a trend that is already happening. And these corporate executives are making clean energy investments because they see a convergence of social and environmental responsibility and business opportunity and profits.

If your readership wants to learn about climate change and join those who are looking to create a positive, healthy and prosperous future, I would refer them to Growing Climate Solutions: Path to Positive SWFL. This organization is working with our SWFL communities to help people understand the benefits of this energy transition and all the ways that individuals and communities can help and share these benefits as well. I urge those that are interested in learning about climate change and its impacts in Southwest Florida to join this organization and subscribe to their newsletter.