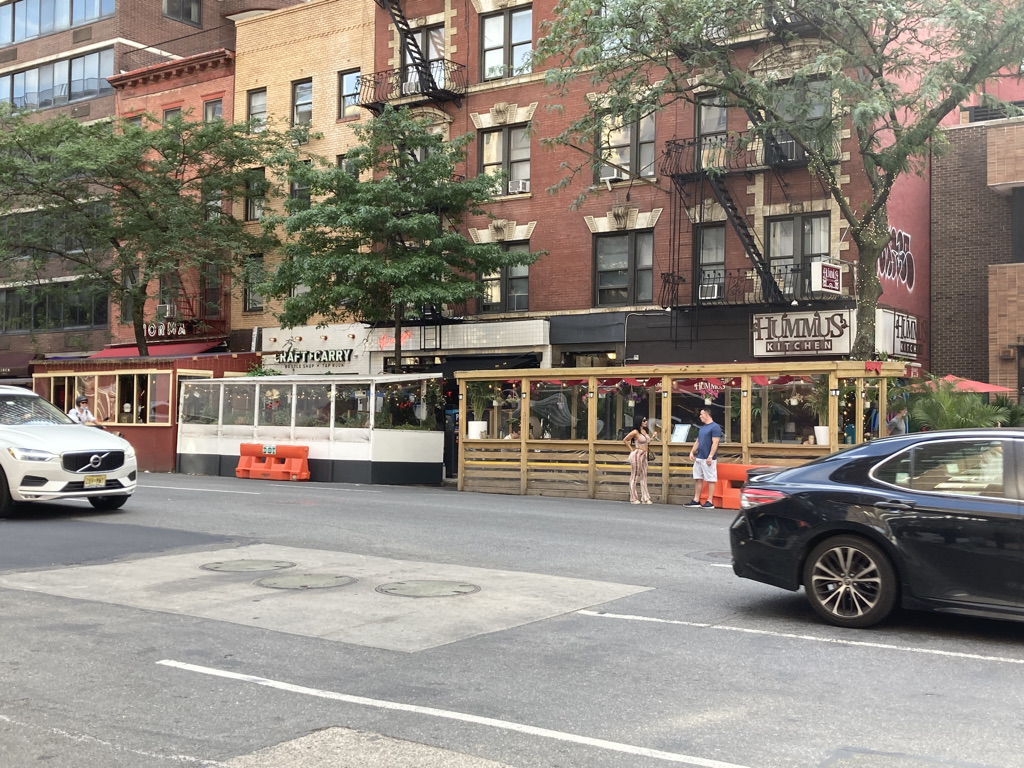 Cities Innovate on Sustainability:Observations from Cleveland and New York

Cities have always been associated with innovation, due to the co-location of resources, production means, and consumer demand that allow entrepreneurship to flourish. Additionally, high population densities foster rich networks of human and social capital among diverse individuals, nurturing new ideas to address the challenges that emerge in America’s euphemistic melting pots. Recent stays in Cleveland and New York City prompted me to consider how these cities have become laboratories of sustainable innovation, and whether the smaller urban cities and suburban municipalities might replicate their successes.

Cleveland, OH, for decades the butt of jokes on urban disinvestment, is emerging as a committed leader in sustainability and climate action planning. The City’s Climate Action Plan, revised and updated in 2018 with the input of over 400 community residents, comprehensively addressed four cross-cutting priorities: 1) social and racial equity, 2) good jobs, green jobs, 3) resilience to the impacts of climate change and 4) business leadership. The plan and community-building efforts surrounding its development laid the groundwork for the implementation of projects and programs that are standing up a dynamic urban farming ecosystem, challenging traditional urban public space landscapes, and promoting eco-inspired redevelopment. A component of Cleveland’s renaissance is the city’s growing food culture. This is not just the rise of chefs like Michael Symons, but also the thriving Westside Market, and more than 21 local farmers markets, making fresh produce more easily accessible to all Clevelanders. During a June visit, I picked up ‘edible Cleveland’, a local newsletter about the city’s sustainable urban food culture. It highlighted the operations of 13 community gardens and urban farming operations thriving in East Cleveland and promoted products of a growing cottage food industry. Walking through the streets, one can observe derelict land informally being taken back for public use with, murals, benches, and gardens. There has been substantial investment in the city’s public spaces, several have been redesigned with native wild plantings, and are now maintained with organic practices as noted in these photos. What is more, playful bike racks, refuse and recycling receptacles, electric scooters dot the streetscape, and it’s not uncommon to see parking lots with permeable pavers and electric vehicle charging stations. The changes are brought on by a combination of private sector actors whose optimism about Cleveland’s future leads them to invest and advance projects, and a public sector willing to temper regulation to spur investment and innovation.

A visit to New York City left me awestruck by the extensive reclamation of avenues and streets by restaurants and residents for use as outdoor eating areas. Along Second, Third, Columbus, and Amsterdam Avenue, and on hundreds of side streets, the lanes traditionally designated for parking cars have been converted into a collection of uniquely decorated, open-air structures providing outdoor seating for restaurants to accommodate diners unwilling to patronize indoor tables. The Open Restaurant Program, created by Executive Order 126 in June of 2020, required suspension of at least 6 parts of the City’s Administrative Code but has proven so popular, a permanent version will go into effect in 2022. The quirky and at times lavish temporary structures, a twist on the emerging theme of “park-let’, replaces inanimate vehicles long the sidewalks with chattering diners, extending the restaurant scene from the storefront window across the sidewalk into the public realm. Reclaiming the road network’s open space for non-motorized uses not only enlivened the urban streetscape, it also unseats private automobiles from the top of the transportation hierarchy. Removing thousands of parking spaces has driven up the cost of garage parking, making automobile use in the city less attractive. But, New Yorkers are generally delighted with the al-fresco dining options and it has helped to prevent the closure of food businesses that would leave ground-level retail spaces vacant and streets desolate. The expansion or enhancement of 330 miles of on-street bicycle lanes, including 88 miles of protected lanes in the past five years, the pervasive presence of electric scooters, and slightly less congested avenues have encouraged New Yorkers to get around town using alternative, sustainable modalities. This, along with a workforce that is reluctant to return to pre-pandemic commuting, has introduced new challenges for funding and maintaining mass transit options, which is a critical factor in keeping urban areas climate-friendly environments.

The observed changes in both Cleveland and New York demonstrate that cities, even large and ones with complex systems can innovate and implement sustainable actions. Whether inspired by a comprehensive planning initiative or fomented in response to the pandemic, these cities’ governments demonstrated responsiveness and a willingness to innovate. Are suburban municipalities following suit? Whereas ideas that break the norms of land-use, landscape, and transportation planning typically languish months to years in analysis and review before adoption, the changes observed in Cleveland and New York City suggest that under some circumstances implementation can be expedited. New York City’s Department of Transportation commented “that the health crisis created an opportunity because the streets were truly empty. We weren’t taking something away from a group of users and giving it to another, we were just using the space that wasn’t being used by anyone during the pandemic.”

They also noted that there was urgency because businesses were closing and something had to be done to save the businesses.”

Cities and regions emerge as innovation hubs in specific economic sectors where there is a concentration of specialized talent and resources, and this innovation peaks during distinct moments in history, often when a new technology or other disruption upends the status quo. These tenets have explained the rise of Austin and Pittsburgh as tech hubs, as well as Detroit and Nashville’s dominance in music. But does it explain the rise of a sustainability sensibility in cities? The experience of Cleveland and New York don’t paint a clear picture that specialized talent and resources have to be present for this type of innovation, but rather an overwhelming challenge must be present to lay aside established processes and kick start experimentation. In Cleveland, the need to reposition the City’s economy and repurpose vacant land, in New York it was a pandemic that emptied streets and businesses of people and their disposable income. Interestingly, however, is that urban areas seem to have not just the concentration of diverse individuals and networks that spawn innovation, but also the population density, and thus potential market demand, to make the benefits of taking a risk worth the gamble.